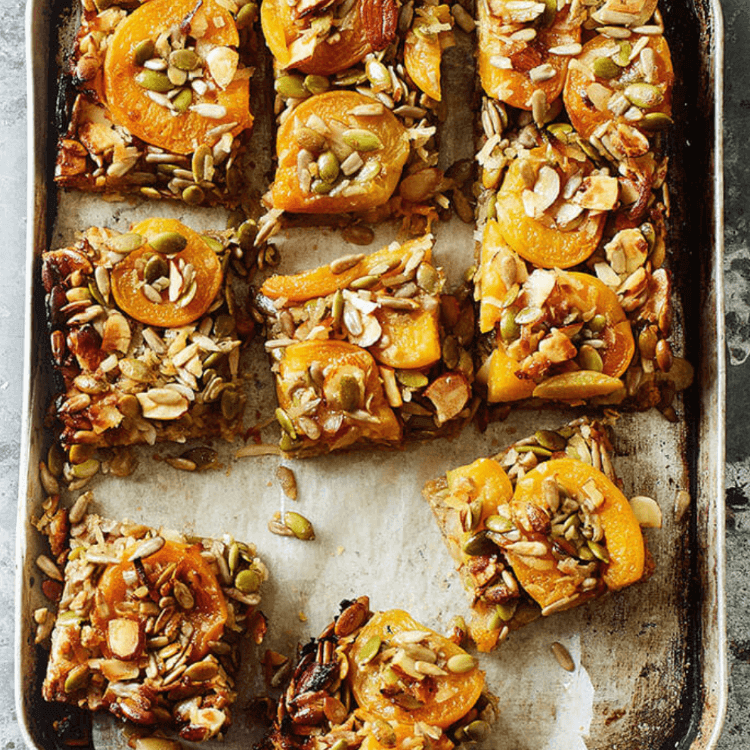 2. Combine almonds, seeds and coconut in a large bowl. Place 60g of the butter, maple syrup, vanilla essence and cinnamon into a small saucepan. Stir over low heat until butter has melted. Remove from heat and set aside to cool completely.

3. Meanwhile, for base, beat remaining butter with sugar until pale and creamy. Beat in egg yolk until combined. Add both flours and stir to combine until a soft dough forms. Press into base of lined pan. Bake for 20-25 minutes or until golden. Stir egg white into nut and seed mixture. Arrange apricots and seed mixture over base. Bake for 25-30 minutes or until golden. Cool completely in pan before cutting into pieces.

Enjoy the slice now, or freeze in a sealed container for up to one month. 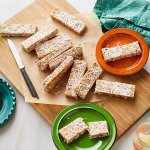 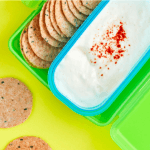 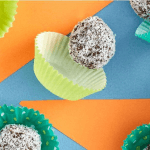